With my mother, I went to Lisbon for the editing of the last film by Manoel de Oliveira, with the wish to recover my memory of cinema I grew up with. This new journey to Lisbon is accompanied by another travel inside the editing rooms of the twenty last films by Manoel de Oliveira. While a suitcase is closing, others are opening. White Gloves will be a movie about my learning about cinema, about what the director and his editor silently transmit to me through years. 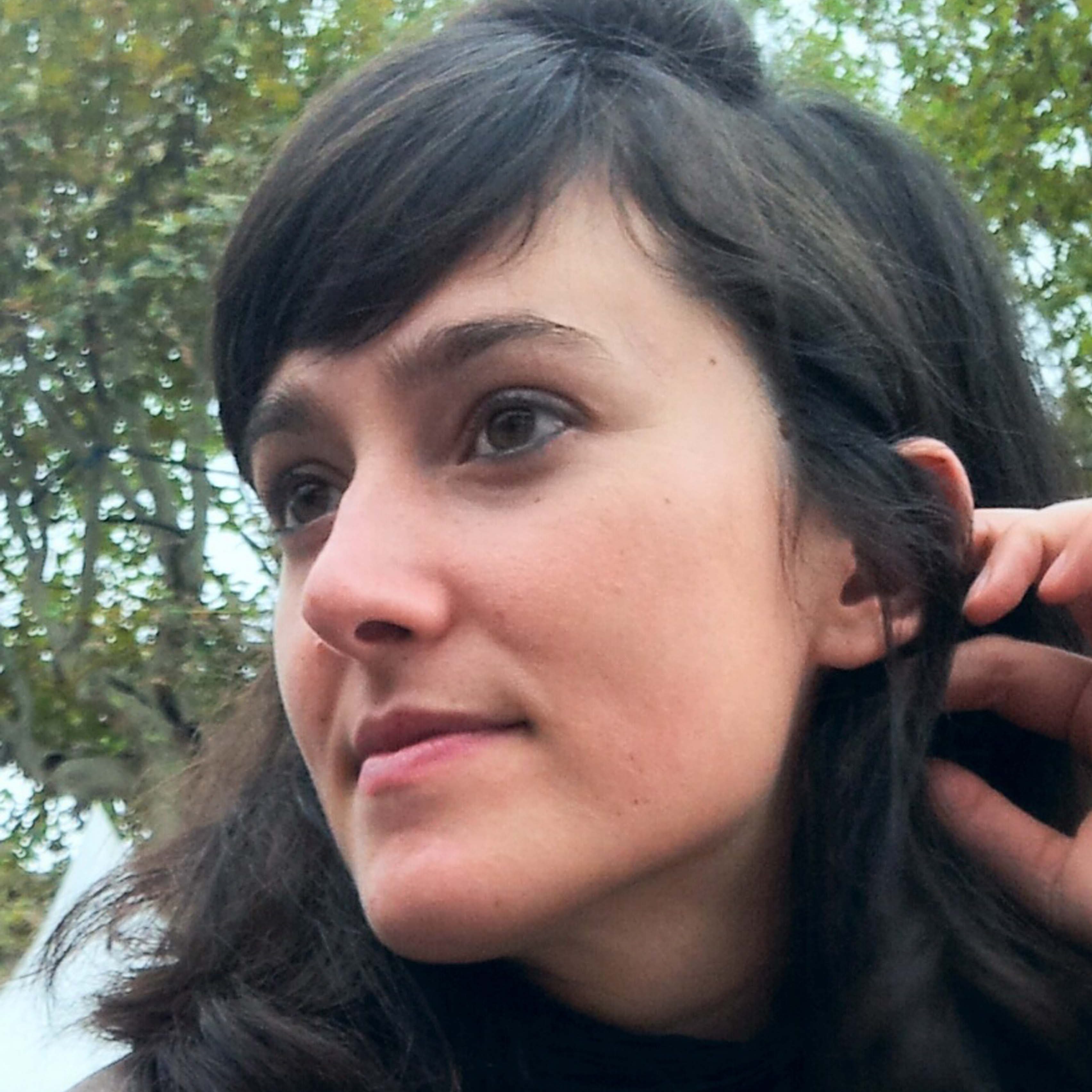 Louise Traon was born in Paris in 1985. After studying modern Litterature, she directed her first film, Peau d’ours, a documentary essay about the writer Henri Calet. With this film, she ran away from TV reportage to choose a sensitive cinema, always searching new forms. Following this guideline, she made several projects, always between documentary and fiction. She wants to record reality through staging a point of view. After a journey to Sarajevo (at the André Malraux Center), she wrote a short film : Sarajevo's Garden. Before shooting, she asked the painter Thoma Vuille (who also went in Sarajevo) to draw those images that a scenario cannot perfectly transmit. Sarajevo is a current topic in her artistic creations, such as in her short documentary film Colonel Berger. In 2014, she made a more intimist film, White Gloves, about the editing of the last film by Manoel de Oliveira. In this documentary, she portrays the cineast and his editor while building a though about her childhood's cinema disappearance.

You can watch the film with a password you can ask us at : contact@novanima.com
Please, specify the subject of yout request. We will give you an answer as soon as possible.
Enjoy the film !

Cultivation, harvesting and dispersal of thorns